Our partner Cycledata focuses, as their company name indicates, on data from cyclers. Connected via the Monotch designed UDAP solution, this offers many opportunities.

We interviewed Cees van der Zijl, Sales & Strategy Manager, about his view on the Monotch partnership.

Cees starts by telling more about their product Signum. He begins by telling us, “With the Signum, Cycledata provides municipalities and provinces with real qualitative data from bicycles on cycle paths. We do this with more than 95% accuracy, even during peak hours and without using any algorithms. Cities can gain insight into the number of bicycles driving there, in which direction, at what speed and at what time on the cycle path. Our unique feature is the high accuracy, even at busy times, and the data is real-time. The Signum can also be used as an i-Signum by linking it up to an intelligent traffic light controller (iTLC) to realise a flow of cyclists. The traffic light can therefore switch to green sooner or remain green longer based on the measurements by the i-Signum and the link via Monotch’s Talking Traffic platform.”

Expertise in the field of traffic and transport

Cees continues, “Our expertise is in providing accurate actual data about bicycles on cycle paths. This can also be combined with intelligent traffic light controllers (iTLC) to realise throughput for bicycles on cycle paths. The advantage is that it collects data and sends data as input to the iTLC at the same time. This way, the traffic lights will change to green sooner or remain green longer in case of cycle pelotons.”

“Cycledata’s radar technology linked with Monotch’s TLEX/UDAP data platform allows municipalities to prioritise cycling platoons. The more bicycles are signalled on the cycle path by the Signum, the more priority the traffic light can give. Thanks to the link with Monotch’s TLEX platform, our customers can now also directly manage traffic flows with the collected bicycle data. Critical value addition to our i-Signum and services to municipalities and provinces. The pilot ‘Bicycle peloton recognition/intelligent traffic control systems in Utrecht is very successful, and we can hopefully deploy our data link in other cities as well.”, says Cees.

Cees concludes his story by sharing his expectations from this partnership, “This professional collaboration with an experienced party, allow us to jointly roll out the i-Signum, whereby Monotch is our partner with intelligent traffic control systems. After the pilot in Utrecht, the first i-Signums will already be installed.” 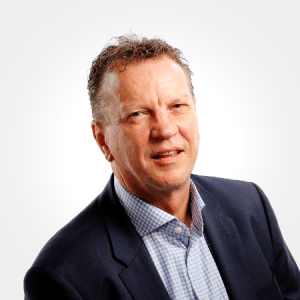